This dazzling live SOR performance is a premiere of M. Larionoff’s arrangement of the Dvorak String Sextet for full string orchestra from our November 2021 concert.

Norway’s most celebrated composer, Edvard Grieg, takes center stage in our May 2021 ArmchairConcert as our SOR quartet performs his passionate and dramatic String Quartet #1. We hope to feature this composition with our full SOR orchestra next season, as it is symphonic in scope and harmonically complex, making it the perfect choice for a larger ensemble. 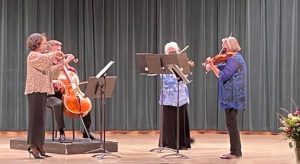 Camille Saint-Saens is probably best known for his popular Carnival of the Animals, but his violin concerti and showpieces are beloved by all violinists for their exquisite compositional skill and bravura style. The Introduction and Rondo Capriccioso was written in 1863 for the phenomenal Spanish virtuoso Pablo de Sarasate and is a favorite among violinists for its impeccable form and sensitive orchestration which allows the soloist to shine over the orchestra. Stephanie’s performance is absolutely world-class—one of the best I have ever heard!

The second selection is less well-known, it was originally scored as a piano trio, then revised in 1910 as a sort of “concertante” for two soloists and full orchestra. The famed French music publisher Durand, concerned that it would not sell if entitled simply Double Concerto, created the intriguing title La muse et la poete to more effectively market the piece and sell more copies, thus increasing his profits!

We hope you enjoy listening to both works and we will keep you updated on Stephanie’s projects and performances until she makes her long-anticipated SOR debut in April 2022! 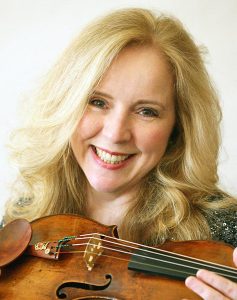 Please enjoy our Virtual Violin Valentine featuring the extraordinary musicianship of Stephanie Chase in a performance of Maurice Ravel’s Tzigane. Written in 1924 and dedicated to Hungarian virtuoso Jelly d’Aranyi, this composition is a true showcase of fiery pyrotechnics sure to add drama and romance to your Valentine’s celebration! Stephanie’s recording was praised by Gramophone Magazine for her “rich, passionate tone, dead-true intonation throughout, and virtuosity galore”.

Our January ArmchairConcert brings the lilting Viennese melodies of Schubert and the dynamic power of Prokofiev to your living room in a performance from October 2020 featuring the SOR Quartet. We hope you enjoy this concert featuring some of your favorite SOR musicians! 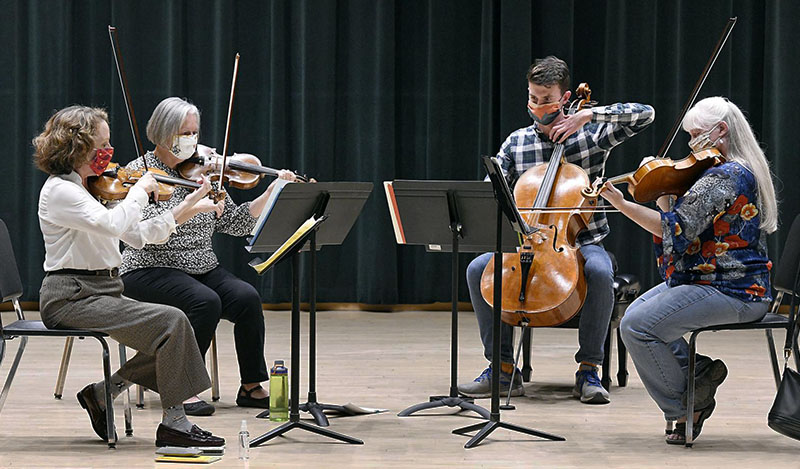 One of my favorite childhood memories in San Francisco was our annual trip to the Opera House in December to see the San Francisco Ballet’s production of The Nutcracker. It all seemed so magical—the plush velvet seats of the theatre, the elaborate costumes, the sets and dazzling lights, and most of all—the enchanting melodies of Tchaikovsky. Here at SOR, we have no Nutcrackers or Sugar Plum fairies, but we do have some brilliant string playing—wonderful background music to have on while baking your holiday cookies!
From all of us at SOR—wishing you and your family a magical holiday season—and all the possibilities of a wonderful New Year.

The next two uplifting and inspiring masterpieces are perfect for our shorter and cooler days–the beloved Eine Kleine Nachtmusik serenade by Mozart, and the brilliant octet by Felix Mendelssohn–a true showcase for our talented SOR musicians. These works were performed at our concerts in September 2020. 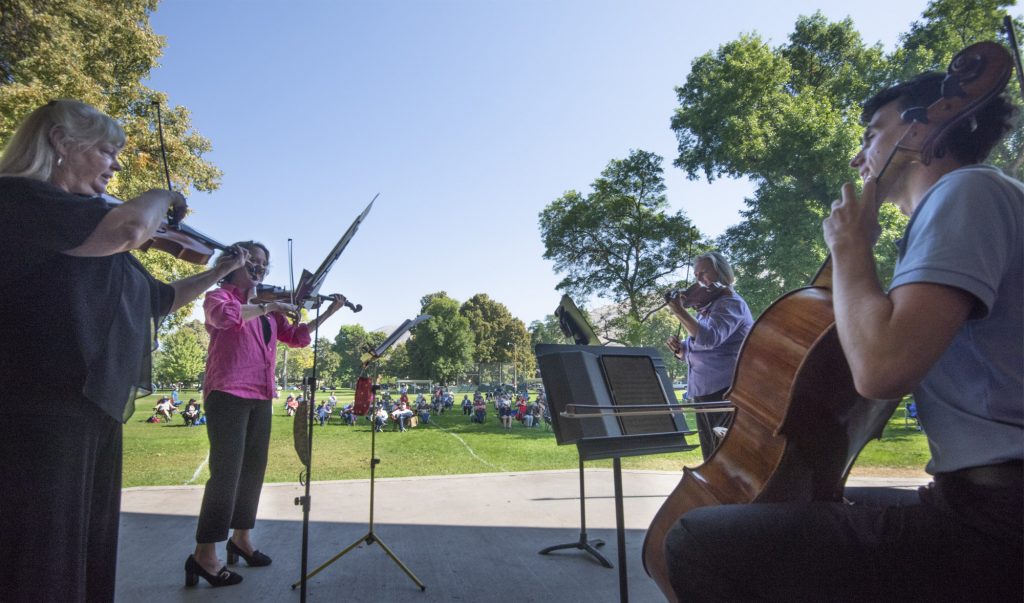 The next three pieces come from our February 2020 concert,  A Portrait of Beethoven. They are the nostalgic, lilting Serenade of Sir Edward Elgar, written in 1892; the evocative String Quartet #2 of Philip Glass, composed in 1983 and arranged by the composer for string orchestra, and concluding with the power and drama of Beethoven’s Op.18 #4 String Quartet, arranged for orchestra by B. Lieberman—a masterpiece that perfectly mirrors our turbulent times!