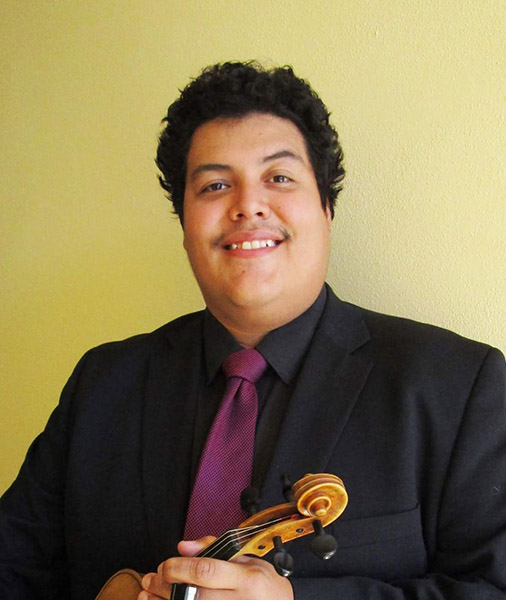 Allion Salvador has been described as “a rising star of the Seattle music scene, displaying virtuosity well beyond his years” by Westside Seattle. Since graduating with degrees in Violin Performance and Neurobiology from the University of Washington, demand for him as a soloist, chamber and orchestral musician has steadily grown. His teachers include Carol Cole, Ronald Patterson, and David Halen. Allion is the Assistant Concertmaster of the Yakima Symphony, Concertmaster of Seattle Metropolitan Chamber Orchestra, and a member of Symphony Tacoma and the String Orchestra of the Rockies. He has served as concertmaster of the Seattle Philharmonic, Pierre Monteux Festival Orchestra, University of Washington Symphony, and Sammamish Symphony. He has founded and worked with several vibrant chamber music projects, including the piano trio Andromeda, the modern music-focused Inverted Space Ensemble, Sound Ensemble, and the Parnassus Project. Allion’s interests also extend towards the podium. He is the founding music director of the Seattle Philharmonic Strings, a community orchestra promoting string repertoire of the highest quality.  Devoted to education, Allion has coached the University of Washington Symphony, Roosevelt and Issaquah high schools, the Seattle Youth Symphony, and the UW Chamber Music Club.