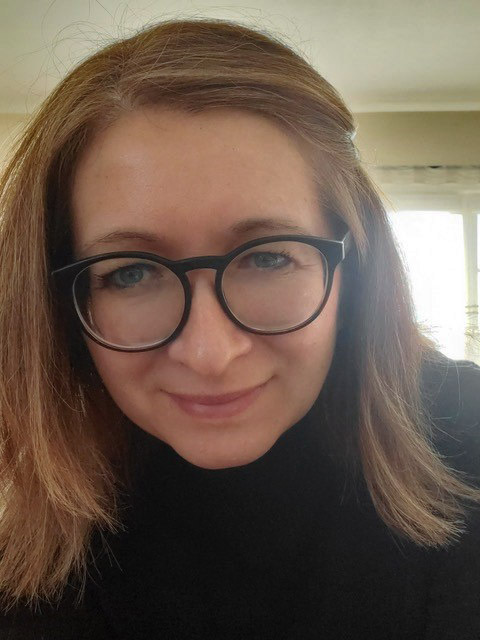 Aneta Panusz has been performing on harpsichord with the String Orchestra of the Rockies since 2008. Her expertise is music theory, collaborative piano, and harpsichord performance.
Playing continuo in the orchestra gives her the creative freedom to express her appreciation of the complexity and beauty of early music. Ms. Panusz cultivated this interest from her early years in Poland, studying basso continuo technique and delving into advanced studies in baroque counterpoint while enrolled in a Music Theory Master’s Program at the Kraków Music Academy. Ms. Panusz has a particular fondness for solo French Baroque and Eastern European music and believes the best music is born from the urgency of life and its struggles.
Arriving in Missoula in 2002, Ms. Panusz soon associated herself with UM’s Department of Music, accompanying, completing a second masters (Piano Performance), and finally teaching piano and theory courses as both Adjunct and Visiting Assistant Professor. She has performed with many UM music faculty and guest artists over the past decade, including a collaborative project with the Bitterroot Baroque in 2015. Her most recent project was a series of chamber concerts with the Cascade String Quartet in Great Falls, Montana.
In 2020 Ms. Panusz was honored with the gift of a beautiful 1970 Zuckermann Flemish Harpsichord from long-time SOR supporters and Missoula community philanthropists, John and Sue Talbot. She maintains a thriving private studio in Missoula. 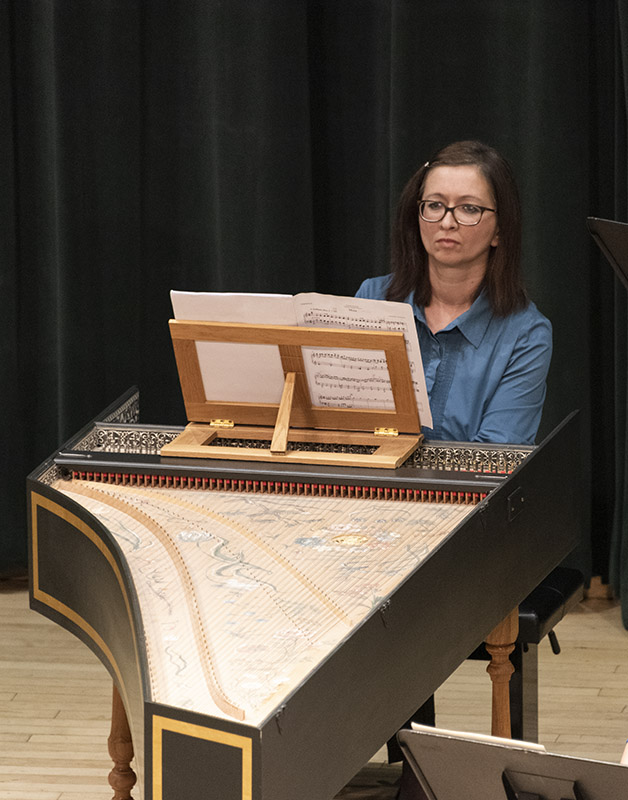 At the harpsichord, SOR concert November 2018.