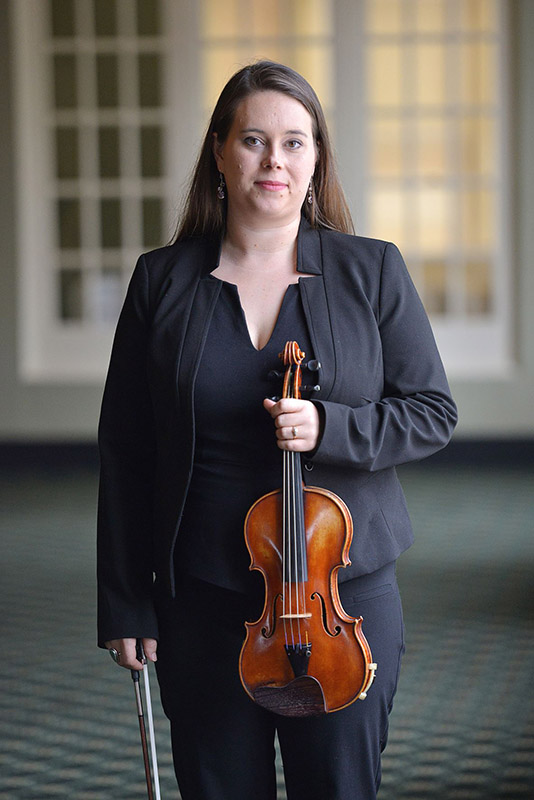 Violinist Rachel Fellows-Schnackel has performed across the United States with ensembles such as the Memphis Symphony, Nashville Symphony, North Mississippi Symphony Orchestra as Associate Concertmaster, and Tupelo Ballet as Concertmaster. While studying for her Bachelor’s and Master’s in Music Performance she studied with Kevin Lawrence at the University of North Carolina School of the Arts. Schnackel completed her musical studies and received her Artist Diploma studying with teacher Soh-Hyun Altino at the University of Memphis. A recording musician for numerous film scores, Schnackel performed as Concertmaster for John Mauceri’s American Premier of Korngold’s complete score for Shakespeare’s Much Ado About Nothing. They received an Emmy for the broadcast of their production. Schnackel has recorded for Netflix films, as well as on the Tocatta Classics and Naxos labels. She currently lives with her husband Joel and their two children in Hamilton, MT.